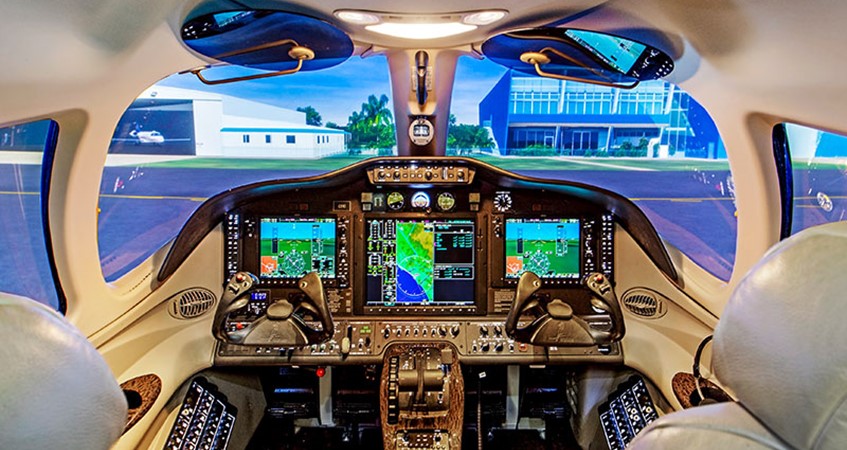 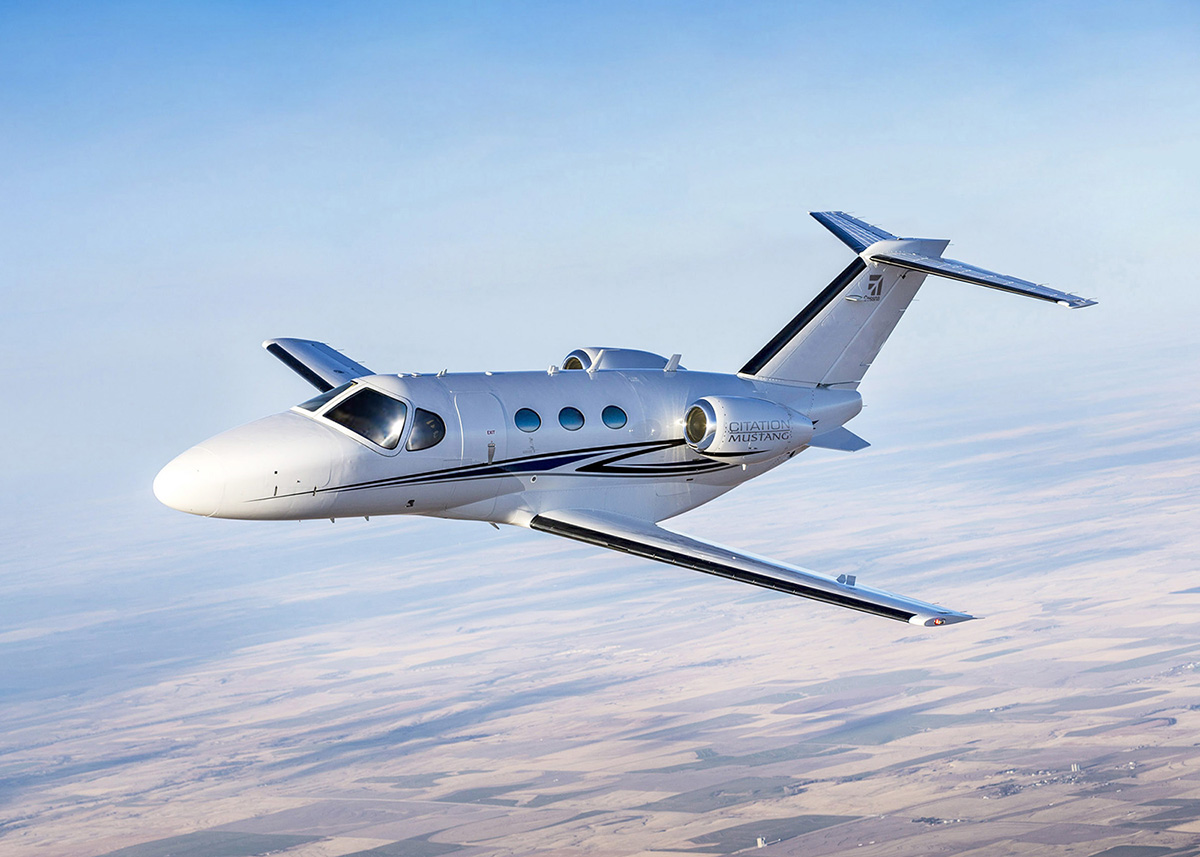 The Cessna Citation Mustang is a business jet (Very Light Jet category) built by the Cessna Aircraft Company in Independence (Kansas). The Mustang, in the basic configuration, has 4 passenger seats in the rear of the cabin, 2 cockpit seats for pilots, and a toilet in the central section. Like other aircraft in its category, it is approved for single-pilot operations although most commercial operators use it on multi-pilot operations (2 pilots).

The aircraft is powered by two Pratt & Whitney PW615F-A turbofans installed on a T-tail.

More than 470 aircraft of this type were produced. 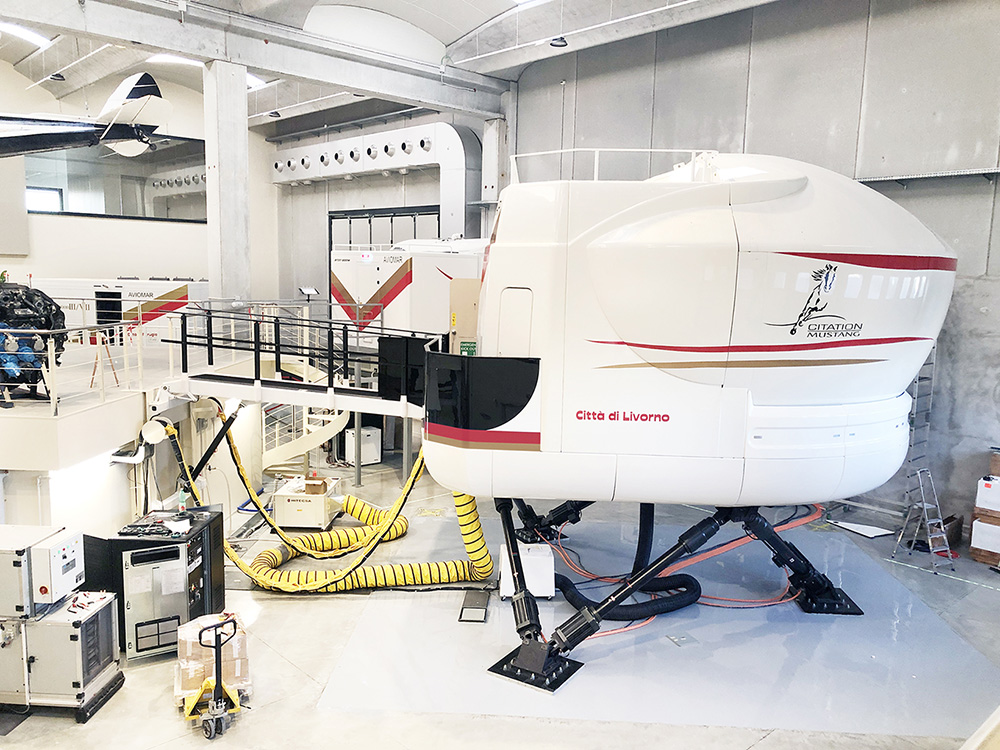 The simulator is fitted with a 6 degrees of freedom electric motion system. This motion system allows the simulator to reproduce the movements, accelerations, decelerations, turbulences, buffets and vibrations perceived in a real flight, thus ensuring a high level of fidelity and realism in all training exercises.

This simulator is equipped with a complete avionic package SVT ("Synthetic Vision Technology"), a system which replicates the 3D representation of the environment and surrounding obstacles while flying in dark conditions or reduced visibility.

The visual system installed is compliant with the highest "Level D" requirements and offers the following features: 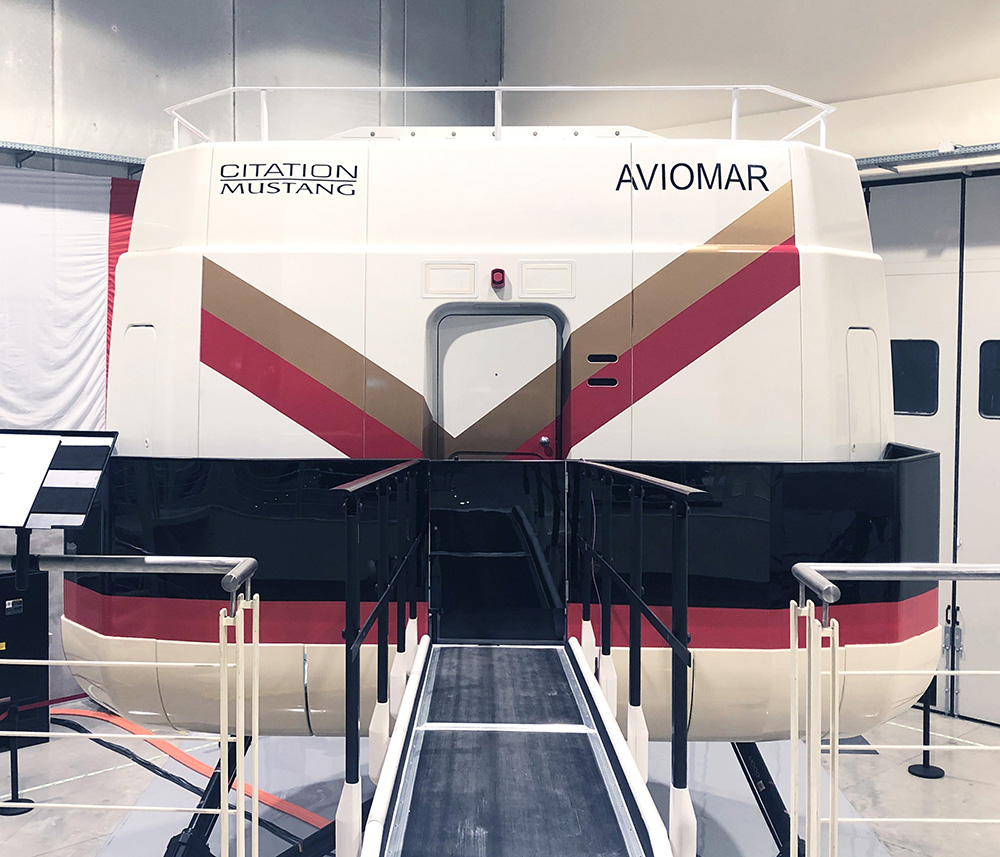 Our simulator is certified EASA Level D and may be used for the following trainings: type rating (initial and renewal), PBN, TRI/SFI, operator recurrent training.

This simulator is qualified under EU/EASA regulations by the Italian Civil Aviation Authority (ENAC) with the following qualification certificates(s).